Can cats sense bad energy? How many of you have given your cats superpowers? Or believed that they could see, smell, and predicts things we can’t? Is it true, or is it just fiction?

Cats can sense bad energy; shockingly, some cats can tell you when something bad is about to happen, illnesses, etc. There is much evidence given by pet owners regarding super cats saving their lives or showing them they are sick. Cats never stop to amaze us with all the things they can do.

Let’s dig more into this.

Cats never stop to surprise us. Many attribute them superpowers; others follow a scientific approach strictly referring to their enhanced sense of smell and wider ability to see paired with all their other senses.

Well, what is really the deal when it comes to finding out if cats can sense bad energy? Well, we are going to bring many real-life examples of cats that have shown they are extraordinary. Do they have superpowers?

Can cats sense bad energy? I let you be the judge.

Can cats sense bad things, or are they just acting on some sort of random instinct? The following examples will show you undoubtedly; cats can go beyond science!

The video above summarize it all. Here is a summary of what those cats were able to do.

10. Tara stood up to vicious dog to save young boy

Tara is a famous cat. She was able to spot a dog biting on the house kid and made a run to protect the boy. She was interviewed many times and has become really famous. She was awarded a medal too. This is an incredible story of a cat who did not just do what cats do but has been sensing danger and has acted.

9. Masha kept an abandoned baby from freezing to death

It is another incredible story. In a snowy cold winter, she found an abandoned baby, and she kept him alive by cuddling with the baby to keep him warm. Not many cats would cuddle with another animal or even a human baby outside in the street.

8. The cat that helped end a suicide standoff

In this case, the cat did not do much; he was brought to the scene, but hey! It is still a remarkable effect. Cats can do what others can’t. Maybe this was not a case of a cat who did sense bad energy, but a cat who could absorb and make evil energy dissolve.

Can a cat sense bad energy and a sense that bad things are happening? Apparently yes! This cat figured out his owner had a stroke and that he was supposed to call 911. The owner previously tried to attempt teaching the cat to push the button in case of an emergency.

How do you really know if a cat would ever really do it? Tommy could sense the danger and call 911; when the police arrived, he found the cat on the phone and the floor owner.

Cat and owner happily resided in a yacht, a funny place for a cat to be. Nevertheless, the boat started to sink in the middle of the night when the owner was sleeping. The cat did jump on the bed and waked up the owner who was able to take only a few things before leaving the yacht into a life raft.

“He kept head-butting me and got me up, and eventually, after checking the wind and doing the normal course check, I noticed the bow heavy, heavy in the water … the whole boat was flooded,” he told ABC News. “It was too dark and too dangerous to enter and try and find a leak. I had to make the quick decision to get the cat and get on the life raft as quickly as possible.”

After 5 hours they were somehow saved by a Chinese boat:

“We lifted Major Tom on a rope, there were massive swells, and I had to grab onto the rope ladder and hope for the best, and then the life raft disappeared 10 meters underneath me, and I managed to climb seven meters to the gantry,” he said. “I actually thought I was going to die.”

Can cats sense bad energy or bad things happening? Or at the end, is it the same thing? Something bad happening brings bad energy to living beings.

Baby was 13 years old at the time of the event, pretty shy cat, not so active based on the owner description. One night, the cat owner and wife were sleeping on the couch, unaware the house was going on fire. Baby started to jump on the owner laps until he was awake, was only then did he realize there was smock in the hose.

A cat name Fidge started jumping on the owner’s left breast over and over since it was unusual for her cat to do so. She went to the doctor only to find out she was just in time to be cured. So, Can cats sense bad energy? What do you think?

Here is another incredible case of a cat who saves the owner from a diabetic seizure. The cat kept on jumping on the owner’s chest and face to wake her up. The cat was later own trained as a therapy cat due to her ability to help her owner out.

Cats should be afraid of cucumber and looking like objects, right? Well, not for this cat. At night, the cat owner was wakened up from the cat hissing near her bad only to find out a 6-foot python wrapped around her sleeping daughter’s arm. She was able to take the daughter away un-armed, thanks to her cat prompt actions.

1. Homer, the blind “wonder cat” who stopped an intruder in his tracks

It is a great story of a blind cat adopted by a kind woman, the cat had a severe eye infection when he was a kitten, and the eyes had to be removed.

He was able to wake the owner when an intruder came into the room as he started growling at something. Not satisfied with the intruder’s reaction, who kept being there, the cat decides to jump on him scratching and biting until the intruder left. Great story!

In your opinion, can cats sense bad energy? Those are only some of the cases available but are somehow representing.

CAN CATS SENSE IF SOMETHING IS WRONG?

Based on the above stories, we can for sure say that cats can sense if something is wrong, and they have a great instinct of protecting others. It is not true that cats are selfish.

Scientifically, one can say that they know what something is not as it should be due to their incredible senses. Dogs may do a better job at it; however, cats are not inferior to them by far.

Some people attribute magical powers to cats. We do not need to go that far to observe that cats “seem to know better” or “see something others do not see.” If you have a real bond with your cat, you can benefit from understanding what how he behave in different circumstances.

Here some ideas of cat toys to keep your cat happy 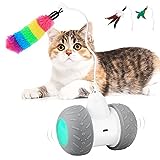 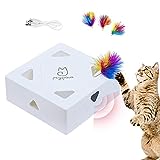 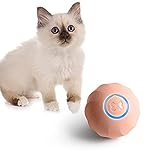 Here some related questions to: “Can cats sense bad energy?”:

Cats can sense more things than we think possible; they can pick up on changes of gestures, voices, emotion, and energy; they can tell if something is wrong based on changes in routines and habits. Even you doing something different is a sign for them. Cats have an incredible smell and can detect changes in human bodies too.

If they can sense bad energy, they can feel good energy too. They can even pick up on energy forces we can’t perceive easily, like electromagnetic fields and electric fields. They can hear things that we can’t and be able to alert on those things.

Cats can sense when other cats are not well. I have often seen my cat comforting the other cat who wasn’t well; cats can do this. They are usually protective of other cats who are not doing well.

One of my kittens was sick, and my older cat was confused about it. He did not understand what was happening, but he kept going to her and kissing her. He is usually a solitary cat, but I saw him often next to her.

When she died, he was sad, and I could see that he was feeling alone.

I am not sure if cats sense a good person or sense you liking or disliking others. I can tell more when my cat likes someone because he is very shy, so if he goes near someone the first time the person enters the house, I know my cat trusts the person. All people my cat has done this with are good people so far.

Can cats sense bad energy? What is your opinion? Let us know in comments below. Shares Facebook Twitter Pinterest LinkedIn Why is my cat following me to the bathroom? I am a proud cat owner, and each time I go to the toilet, my cat decides to follow me and sit on my lap, although I can hardly touch him in normal circumstances. Cat follows you to the bathroom because… Shares Facebook Twitter Pinterest LinkedIn Do Indoor cats come back home? It is impossible not to be concerned with what happens with our cats once they manage to leave the house. Will they be able to find their way home? Or will they get lost? Indoor cats generally can figure out the way home if… Shares Facebook Twitter Pinterest LinkedIn Do cats like to be ignored? Cats may fool one; they may let you believe that they enjoy being alone, which is better you ignore them. Is it true, though? Cats do not really enjoy being alone; they want the company at a distance. They have to decide most of… Cats use the litter box after you clean it – Pinterest Pin Shares Facebook Twitter 1 Pinterest 67 LinkedIn Why are my cat whiskers so long? Some cats have very long whiskers all over their face and sometimes even on their legs and paws. Cats owners naturally wonder if it is normal for those whiskers to be so long. This article will cover all there is to…