Why do cats like people who are allergic to them? It is funny to see that sometimes people who can’t interact with cats attract even more attention from them. How is this possible?

Cats are attracted to people who are allergic to them because they behave in a way cats think they are friendly, secure, and in general, not a menace. For example, an allergic person would not look at them (stare), would not try to pick them up, or make sudden movements toward them.

Therefore people allergic to cats are the ones who behave with cats exactly as cats would want. Big thumb up to them!

WHY DO CATS LIKE PEOPLE WHO ARE ALLERGIC TO THEM? EXPLANATION

I have a funny story that supports the controversial reasons cats like people who are allergic to them. But cats generally like people who do not act dangerously toward them. Ultimately, it depends on each cat’s personality.

But things that can scare a cat are:

People alleging to cats tend to stay far away from them; this triggers curiosity in cats and makes them fill safe.

He is such a prima donna that before letting a friend into the house, I had to them stand at the front door for ten minutes before allowing them in so that my cat had the time to sniff them and see that they were not dangerous and they were not about to eat him.

This allows my cat to become familiar enough with the new person not to be terrified and hide each time that person enter the house.

On the other side, another friend came for a sleepover one night. She entered the house, went about her business, took out the clothes from her luggage, talked to me, and completely ignored the fact there was a cat in the house. We had too much to talk to each other.

And at some point, there he came! Coco came around in the room and even jumped on the bed, sniffing utterly okay that she moved around talking loudly.

I was shocked! What the fluff happened suddenly? Did my cat decide to be ok with strangers? How could that be?

Ok, but what this story has to do with why do cats like people who are allergic to them? It has much to do with it because my friend’s behavior answers this question.

WHAT ARE THE SYMPTOMS OF ALLERGIES TO CATS?

When a person is allergic to cats, there are specific symptoms experienced by people; these are:

Cat allergies may become severe conditions developing into asthma or other life-threatening illnesses.

It is funny cat behavior. Cats like people who pretend they do not exist. If there is an example in nature that opposite attract each other, this is a perfect example.

My friend’s disinterest in my cat made him feel safe, and he felt comfortable coming close and being in the room with us. However, it is controversial because people who want to be friends with cats are rejected! They move too fast toward them, try to pet them, and pick them up.

Cats are usually always on alert, they are hunters, but they also know they can be hunted anytime. Therefore any movements that sound out of the ordinary make them put up a “Red Alarm.”

So, why do cats like people who are allergic to them? Because they are not a threat in their mind. Cats have a weird logic at times.

In summary: Cats think excessive love is like being hunted! Withdrawn people are not! Certainly, cats are not very good at judging friendship, but at least this instinct has kept them alive.

CAN CATS SENSE IF YOU DO NOT LIKE THEM?

Despite what scientists say about no evidence that cats can sense people’s intentions, I believe cats can feel if other animals or humans do not like them.

It is not because they can read minds, simply because people who do not like cats will act in such a way to make cats afraid.

Despite their weird cat logic, cats are intuitive and have incredible instincts. People who do not like cats may push them away, even if, in the beginning, cats can think they are friendly because they are being ignored instead of being attacked. In the long run, cats will not feel good around such people.

I AM ALLERGIC TO CATS, BUT I WANT ONE. WHAT SHOULD I DO?

It is possible to have a cat even though one is allergic. It is essential to assess the severity of the allergy and treat it with medicines following doctors’ suggestions.

There is also the possibility of adopting a Hypoallergenic cat.

Hypoallergenic cat: is a cat that is less likely to provoke an allergic reaction in humans. Although the topic is controversial, owners’ experience and clinical studies suggest that Siberian cats, Devon Rex and Cornish Rex cats, Abyssinian cats, Balinese cats, and several other breeds, especially females, are likely to have low levels of Fel d 1, the main allergenic protein (Ref Wikipedia)

People with cat allergies could try to use home remedies and medicine and follow any other advice from their doctor if they still want to have a cat. However, it always depends on the severity of the allergy.

Yes, they do. They can clean the air and reduce odors and particles in the air like saliva, cat air, and pet dander. Pet dander is very tiny particles of skin that had been shed from animals with fur or feathers. So there are good chances a good air purifier can help you with reducing allergy reactions.

Here are some excellent examples of air purifiers you could use: 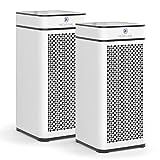 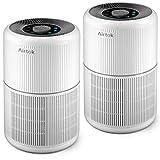 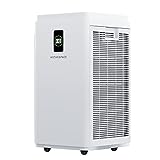 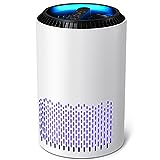 WHAT DO I DO IF I DON’T LOVE MY CAT ANYMORE?

It can happen for one reason or another that people may stop liking their cats. If this happens, there are a few things that one can do:

Can you live with a cat if you are allergic?

Yes, you could if your allergy is not too severe. You can ask your doctor for advice. You could see to adopt a hypoallergenic type of cat and see if that helps. Frequent cleaning can help reduce allergy symptoms.

Are cats good to people who have allergies?

Cats tend to be good with people with allergies because they sense they will not stay too close to them and that they are not a significant threat. However, in some cases, cats feel the presence of an illness and might show more affection.

Can you become Unallergic to cats?

Sometimes, people can get through their allergies to cats and heal from it. The body or the immune system can heal or become stronger. It depends on each individual person and how the response to treatment is. A stray cat is bothering my cat, and it can become pretty chaotic at times. Stray cats can sense indoor casts. But indoor cats can feel other cats if they are outside too. So they can sense each other and become crazy when they try to get to each other or even attempt to fight… Should I wake my cat up from a nightmare? Have you ever seen your cat sleeping and twitching? And have you wondered if you should wake up your cat at that point? If your cat is having a nightmare, it is unnecessary to wake him up to make him feel better. Instead, you can gently… How do I know if my cat is happy? Cats owners are always alert to spot any clue or sign showing whether their cat feels good or bad. Unfortunately, they have limited ways to let us know how they feel. Still, it is possible to determine if cats are happy from their body language, tail… Do cats feel guilt? We all know cats do not care about others but only about themselves, right? Well, cats may seem careless, but most of the time, they just pretend or give the illusion of not caring. Cats do not feel guilty most of the time, but they care when they accidentally harm their… Why do cats kiss you on the lips – Pinterest PIn Why do cats block screens? Cats will do many things for our attention, and they love getting in the way whenever we try to do anything. And this includes getting between us and a TV or a computer screen. Cats like to block screens or get between you and a screen because they want attention….