DO CATS NEED LIGHTS TO USE THE LITTER BOX? PROVEN ADVICE Cats do not need lights on to see the litter box or use it, providing there is at least a bit of natural light from a window (even a tiny little light like from stars or the moon at night) of from other sources. While it is true that cats can see in the dark much better than us, they can’t see in the absolute dark.

DO CATS NEED LIGHTS TO USE THE LITTER BOX?

I have always been worried that my cat could not see much in the dark and that when I wasn’t home after dawn, the house was completely dark, and he would have trouble seeing. Therefore, I always let a light open for him so that he wasn’t completely in the dark.

I think I must have consumed a lot of electricity before I switched to smaller lamps or small corridor lights to consume much less but at least provide a bit of light for my little kitty.

My friends would tell me that my cat would not need any lights, but I never really believe it, and in fact, I was right on this. Cats need at least a bit of light. Maybe he would not need the primary lights open like I was doing initially, but at least some.

So, do cats need lights to use the litter box?

True data: Cats can see in the dark, providing there is even a tiny bit ray of light. They actually require at least some light to see. However, they only need one-sixth of the amount of light humans do and can see in very low light.

False data: Cats can see in the dark. By dark, we mean the absence of any light at all.

Utilize a nightlight to illuminate the litter box area during dark, so your cat doesn’t have to guess where the toilet is. Cats have better night vision than humans, but they cannot see in total darkness.

At night I would live the bathroom side light switched on, the litter box was in the small bathroom, and there was no window. Therefore the room was completely dark at night. At least with the light on, so he could go to the bathroom at night if he needed.

I am sure spoiling all my cats, but the idea they would stay in the dark would make me really anxious. But I knew it was also the right thing.

SHOULD YOU LEAVE THE LIGHTS ON FOR A CAT?

If you know a bit about cats, they use to be very active at night, hunting and touring outside if they are outdoor cats. My cats use to sleep all day, and at night, they run around playing. They are famous for their cat senses and the ability to hunt in the dark.

Cat senses are adaptations that allow cats to be highly efficient predators. Cats are good at detecting movement in low light, have an acute sense of hearing and smell, and their sense of touch is enhanced by long whiskers that protrude from their heads and bodies. These senses evolved to allow cats to hunt effectively at night. (Ref. Wikipedia)

However, I concluded that a small lamp switched on somewhere in the house, not too bright it is good for them, even though since I have windows all over, they could still see and move around from natural light coming from the windows.

Additionally, lights from TV and other electronic devices can also help get some orientation in the complete dark.

In other words, yes, you should leave a bit of light for your cat, or at least know that he can have some lights from outside.

If you live in a place where there is no light at all, even from an outside lamp, and you have curtains that do not let any light come into the house, you must have a night light on.

Do cats need lights to use the litter box after all? Again, yes, if they are in a complete dark.

Do cats need lights to use the litter box or do cats can make it to walk around with their super sight? What do we know about cats’ sight?

Cats have a tapetum lucidum, a reflective layer behind the retina that sends light that passes through the retina back into the eye. While this improves the ability to see in darkness and enables cats to see roughly one-sixth of the amount of light people need. Cats seem to be nearsighted, which means they cannot see distant objects as well. Cats have a visual field of view of 200° compared with 180° in humans. (Ref. Wikipedia)

Their visual acuity isn’t as good. So, the things humans can sharply resolve at distances of 100-200 feet look blurry to cats, which can see these objects at distances of up to 20 feet.

Cats have many more rod cells (Rod cells are photoreceptor cells in the retina of the eye that can function in lower light better than the other type of visual photoreceptor), which excel in dim light and are responsible for night-vision capability.

Scientists used to think cats are able only to see two colors. At the same time, feline photoreceptors are most sensitive to wavelengths in the blue-violet and greenish-yellow ranges. Cats are mostly red-green color blind, with a little bit of green creeping in.

WHY DO CATS SLEEP IN DARK PLACES?

I believe the situation is more geared around secure places than dark spots; it happens to be that safe places for cats are also dark places.

Cats like to chill in places they know are secure, and they cannot be attacked during their beauty sleep. My cat, for example, likes to hide in the cupboard. Whenever he finds it open, he sneaks inside.

He sleeps like a baby, he likes to go under the bed and sleep there, or he goes inside a lower shelf where he thinks he cannot be seen and sleeps there too, in few words it happens that those places are also dark, but his primary purpose is to be safe and be able to protect himself.

Cats also like to hide in dark places to attack prey, but not necessarily to sleep in it. 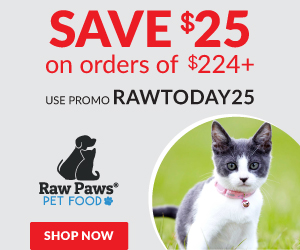 Here some related questions to “do cats need lights to use the litter box?”, and answers:

If your cat is used to a TV running all day, you may want to keep it open if you leave the house, so the cats know that things are as usual. Cats do not need a TV running as such it is more the habits and routines.

For example, in my house the TV runs all day long, when I leave, the TV stays open. There is anyway a timer that will turn it off automatically after a couple of hours, I just do it for my cats. I know I am spoiling them!

Cats sleeps, period. I do not think they care too much, I see my cats sleeps on anything, anywhere, in the light, in the dark, into things, you name it. I never saw an animal so devoted to sleeping.

Yes, they can see that you are not there, as usual, maybe they get a bit anxious, not seeing you coming back. I have sometimes been missing for days because I had to go away for work. I am pretty sure my cat thought I abandoned him.

I have done it a few times, and when I come back, he always looks at me and meow so loud, I can really see that he is complaining. It is really funny when you bond with your cat. You almost hear him talking.

The answer is the same; odors can guide cats, and knowing the location may help. But still, they can’t see in a completely dark environment.

Do cats need lights to use the litter box? I hope we were able to give you a full answer to your question. If you want to know more or want to add to it, please write it in the comments below.