Are you curious to know more about the Kurilian Bobtail cat personality? The name of this breed refers to the Kuril Islands, a remote archipelago that extends for about 1200 km from the eastern coast of Russia to Japan, where these extremely rare felines have lived for centuries.

Only recently, they are also starting to be appreciated in the rest of the world. At a glance, this breed is very unique; it developed naturally and is still relatively unknown. It also has two coat variations.

Let’s find out more about the Kurilian bobtail cat personality and breed.

WHAT IS THE KURILIAN BOBTAIL CAT GENERAL ASPECT AND SIZE?

The Kurilian Bobtail has unique characteristics. The coat of this cat always remains close to the body. It is also quite long and waterproof, as required by the harsh climate of the islands from which it comes.

The Kurilian Bobtail has unique characteristics. The coat of this cat always remains close to the body. It is also quite long and waterproof, as required by the harsh climate of the islands from which it comes.

His head is large and imposing. The muzzle is rather broad, the nose straight and the chin rounded.

It has a tabby coat, and the streaks are widespread and contribute to giving the breed an even wilder look.

WHAT IS THE HISTORY OF THE KURILIAN BOBTAIL CAT?

The fifty-six archipelago islands are mostly uninhabited, so it is difficult to establish when the first ancestors arrived. But, in all likelihood, they traveled on some ship, which is not surprising, given that cats were often welcome on board because they got rid of rats and rodents.

The characteristic bobbed tail is frequent in Asia, even if kinship links with the Japanese Bobtail are to be excluded, which due to its appearance, is the most obvious candidate to which to attribute the descent.

Given the geographical location, it is more plausible that the Kurilian Bobtail evolved naturally and in isolation, mating with cats from the mainland. From generation to generation, it adapted to life on islands and gave rise to the breed we know today.

Kurilian cats are friendly felines that get along with humans and other pets. They love to cuddle but are also very active and have kept a very developed hunting instinct. It is a perfect cat for families with children.

Due to his skilled hunting ability, small pets are not necessarily safe around him; keep this in mind if you have hamsters, birds, and similar.

Since they are able hunters, they are also intelligent and curious. Even if they are friendly with people and other pets, they choose one person as their “owner.” Kurilian cats tend to be tolerant of kids and people in general.

Because of their friendly nature, they do not like to be left alone, and they can be pretty demanding when in the company. In addition, they require attention from their owner. Therefore those that do not have a lot of time should get a more independent cat.

Another essential factor to keep in mind is the trainability of the Kurilian Bobtail cats. It is easy to teach them a few commands and make them follow a few instructions. In addition, they like water and are excellent at catching fish.

HOW TO CARE FOR AND FEED THE KURILIAN BOBTAIL CAT

Kurilian Bobtail cats are low maintenance from the viewpoint of nutrition and grooming. However, they are easy to groom, and it is enough to brush them once a week to keep their coat in good shape.

They do not require a special diet, but active cats need a high protein intake. Better if you decide to give them fresh food or high-quality cat food. High-quality food is essentialBobtailese cats since they are athletic and like to climb and play.

Since those cats are brilliant and curious, you can provide them with toys, trees, and scratching posts.

Here are some ideas for your cat: 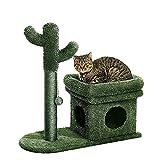 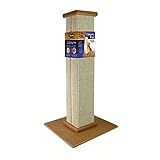 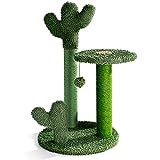 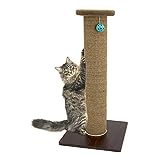 In addition, they require the routine care that every cat needs, such as nail trimming, ear cleaning, teeth cleaning, etc.

What is the Kurilian Bobtail cat price?

You can expect a Kurilian Bobtail cat for between $500-$3000. The price range can vary depending on the breeder, the cat’s age, and the purity of the breed.

Kurilian Bobtail cats are pretty rare. It is possible to find these cats in Europe, North America, and some other countries, but the number of these cats is just a few hundred worldwide. One of the reasons for this situation is also the few kittens born with each litter, which is just two or three.

Kurilian Bobtail cats are amiable; they get along with humans, other cats, and dogs. They tolerate and get along with children too. They are very calm and sweet cats.

How big do Kurilian Bobtails get?

Kurilian cats can get as big as 14 inches tall and can arrive to weigh up to 12 pounds.

What is the lifespan of the Kurilian bobtail cat?

Kurilian Bobtail cats can live up to 20 years of age. However, food quality, proper care, and a good environment can help increase these cats’ lifespan. Would you like to know more about the German Rex cat personality? Since the 1930s, several people have reported mutations in the Rex breed in Germany. Still, recent genetic studies have shown that this variety is very similar to the Cornish Rex breed in England. The German Rex is an intelligent, friendly cat who loves… Are you wondering about the Singapura cat personality? For many years following its discovery on the streets of Singapore, everyone accepted the idea that the Singapura was the smallest breed in the world. As for the other Oriental breeds, brushing is minimal because it lacks a dense undercoat. At a glance, the Singapura cat is…