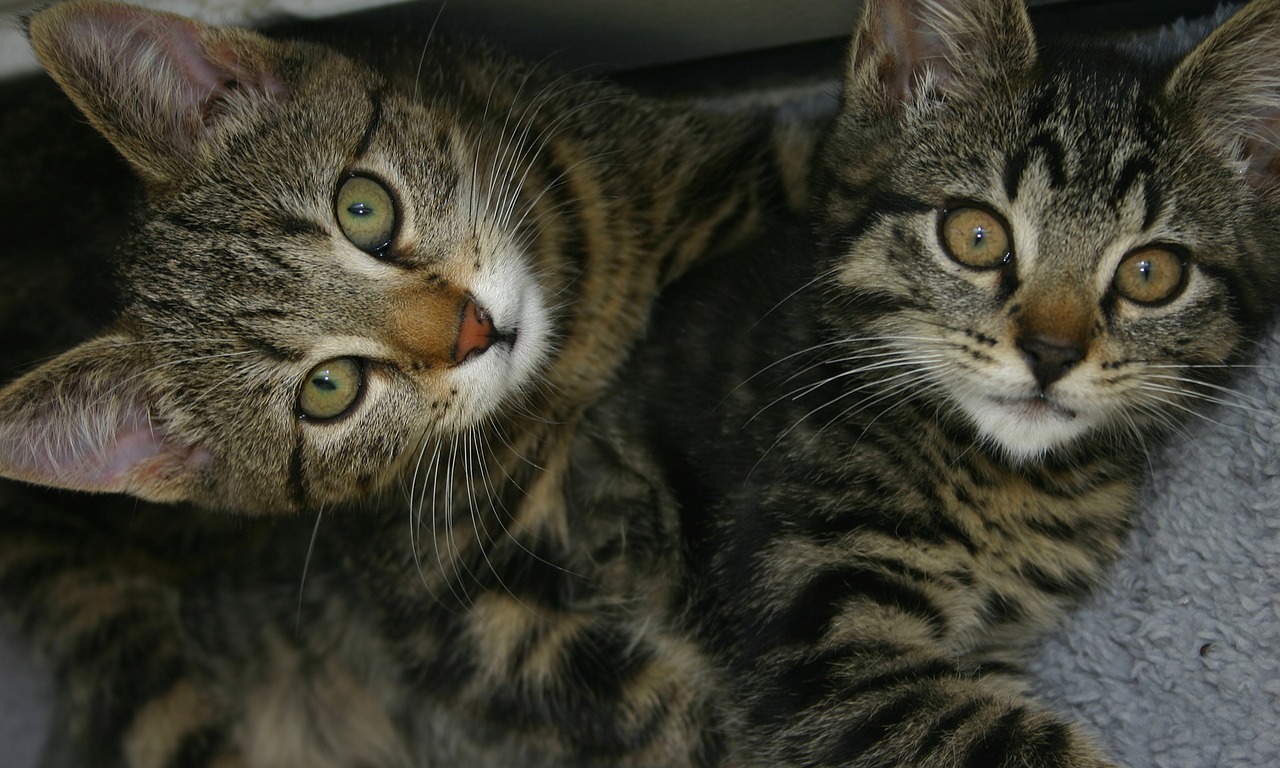 Is it better to have one or two indoor cats? If you have only one cat, surely you have asked yourself if you should adopt a second cat. But would it be a good idea to bring a new feline inside your home? Not always do cats get along with each other.

It is better to have two cats instead of one because they can play, keep each other company, stay exercised, and be entertained if they are a couple. In addition, cats that stay alone significant part of the day can benefit a lot from the presence of a new companion and so cats owners.

Let’s see why it is better to have two cats instead of one.

PRO AND CONS OF HAVING TWO CATS

How to know if Is it better to have one or two indoor cats? Every family has a different situation and lives in different environments. At the end of the day, you have to see what is best for you, your family, and your cat, considering the pros and cons.

There are many good reasons for adopting a second cat, but there are also a few downsides to consider.

Here are the main pros and cons of having two cats.

PROS OF HAVING TWO CATS

I have a personal experience that makes me say that having two cats instead of one is way better for the cats and the owners. I adopted my first cat two years before the second cat. I decided to adopt a friend because he became sad and lazy with time.

He started to lose interest in play and would not come to greet me anymore, and he spent a lot of time sleeping on a chair. He would not stay even in the same room with me anymore. I used to work a lot, and I had to leave him alone for many hours.

Although he had a lot of toys and even a cat house, his interest decreased over time. Finally, I realized he needed a friend. So I adopted a second cat from the local shelter. It took about two to three months for them to become friends.

His personality changed by 180 degrees, he became another cat. Here are all the benefits I have observed in having two cats instead of one:

Cats that are left alone for a long time can develop behavioral problems. In the case of my cat, he became sad and inactive. However, some other cats can become aggressive, create litter box issues, become destructive in the house, and have similar problems.

If you have to leave your cat at home alone for many hours., it is a good idea to get a second cat.

CONS OF HAVING TWO CATS

Adopting a second cat also has some negative points. For example, you have to hope that the two cats can get along with each other. If they keep fighting, it can be a problem. You also have to care for both cats regarding veterinarian assistance, cleaning, and food.

Although a second cat is not increasing your daily expenses, it can increase your vet bills if you have to take care of vaccination, medical checks, neutering, spaying, etc. In addition, you may have to spend some additional time cleaning the house and grooming your cats.

Here are some of the cons of having a second cat:

In general, the worst thing that can happen is that the two cats are not getting along. But, you can always inquire with the shelter if your new cat is getting along with other pets. You could figure out how your cat will react from past clues, or you will have to go for it and see what happens.

In my experience, most cats will become friends after a while, but some will not.

THINGS I WISH I KNEW BEFORE GETTING A SECOND CAT

While getting a second cat has more positive points than negative, there are still things you should know before going ahead to adopt one. For example, one of the most important things to consider is the reaction of your resident cat.

Even if you are getting a second cat to help your first one, you still do not know if your cat will accept the newcomer. So here are some things you should take into consideration before adopting a second cat:

1.WILL YOUR CAT ACCEPT A NEW FRIEND?

It isn’t easy to know how your cat will react if you have never seen him together with other cats. But, in general, cats are aggressive to their new friend for the first few days. However, if you introduce them slowly and keep them separate initially, they will get used to each other and become friends.

Try to get a friendly cat, so even if your cat is grumpy, there is a chance they will get along. In my case, I found a loving kitten that wasn’t afraid of other cats, and although my first cat was grumpy and complaining, she kissed him and made him a friendlier and sweeter cat.

This is not the norm, but you could still try to predict what will happen based on your cat’s personality and the personality of the cat you will adopt.

Place your newly adopted cat in a separate room for the first day or week. Let your resident cat smell him and interact at a distance with the new cat for the first days. Introduce them slowly. If you do this correctly, your cats will start in the right way and will become friends.

Letting a new cat run free in the house can bring a lot of fights and stress to both cats.

Remember to get additional food and water bowls, possibly a new litter box, separate cat beds, and scratching posts. A new cat should not invade the space of your resident cat; otherwise, you will get into further accidents.

I have a separate eating space for my cats, and everything goes fine. However, if you do not separate them, your new cat will steal the other cat food or the other way around.

IS IT CRUEL TO HAVE ONLY ONE CAT?

It is not cruel to have only one cat, but adopting two cats is better for them and you. Cats do better if they have a playmate, and owners can go to work knowing their cat is not alone all day. Also, cats growing with friends build up a friendly personality.

If you work from home or there is always a family member at home, adopting one cat is fine because he will love a human, and there is someone to interact with. However, a feline friend is better for a cat than just a human.

If your cat is alone most of the day, it is essential to get him a friend.

Is it better to have two cats of the same gender?

It is better to have cats of the same gender if they are not spayed or neutered. But, the personality of both cats will tell if they will get along or not. Friendly cats, regardless of their gender, will get along.

How to tell if your cat wants another cat?

You can tell that your cat wants a second cat if you see him sad, lazy, lonely, and losing interest in play and his toys. If your cat becomes unresponsive to the outside world, it is time to get him a friend.

Will my cat still love me if I get another cat?

Your cat will still love you, even if you get a second cat. Cats will enjoy a new playmate, but they still come to you for attention and love. YOu have to pay attention to both cats to avoid jealousy between them. Shares Facebook Twitter Pinterest LinkedIn How much playtime do indoor cats need? If you have an indoor cat, you may have observed that after boredom can creep in. Cats can become bored and lazy without good entertainment and enrichment and can become sad. But how much time should you spend with them? In total indoor… Shares Facebook Twitter Pinterest LinkedIn Will indoor cats kill mice? Is it really true that indoor cats will get rid of mice? Or they are so used to having their food taken care of that not only will not chance a mouse, but if they do, the final result is that they will become playmates?… Shares Facebook Twitter Pinterest LinkedIn Why do cats block stairs? Amongst the weird things your cat does, there is the staircase stunt. At some point, your cat decides to sit in the middle of the stairs, and no one shall pass! Or else! Cats block stairs because they are territorial and want to show other… Shares Facebook Twitter 1 Pinterest 50 LinkedIn 1 Can outdoor cats smell indoor cats? If you have a cat that goes crazy when another cat comes near the house, you may have realized that the sense of smell of feline can arrive really far. However, maybe you will not realize immediately that your cat has…