Do cats get Mange? Or only dogs and other pets get Mange? Mange is a skin infection caused by mites, and it can attack cats, dogs, and in general, all mammals. Even plants are not immune to Mange. Commonly, we are used to seeing dogs with Mange, but not cats. But even cats can get it.

Cats do get Mange as dogs and other mammals, such as sheep, coyotes, cougars, and more. Mange is very contagious, and it can attack even plants, birds, and reptiles. Cats can be affected by Mange too, and it can be as dangerous and as painful as the Mange in dogs.

Let’s see how to protect our cats from Mange and what exactly it is Mange.

WHAT IS MANGE IN SIMPLE WORDS?

Mange is a skin disease caused by mites. Mites are tiny parasites that attach to the host skin and bite it to survive. Mange is a word that comes from the french “mangier,” which means to eat or to chew. So never a name was more appropriate.

There are many species of mites, and each species can create a series of problems for pets. Mange can infect mammals, which means cats and dogs. But they can also live on other species such as reptiles and birds. Mange can also live out of plants.

The poor cat or dog that gets Mange will suffer because mites will bite the poor animal skin, causing hair loss, itching, inflammations, and several other painful consequences. In addition, mites will bit their host because they try to eat blood, skin, and keratin.

Typically, cats that haMangenge will try to scratch themselves will experience redness in their skin, sometimes even scabies. Cats will try to get rid of mites by excessive grooming. In general, you can recognize that your cat can have Mange by the following signs:

PITCURES OF CATS WITH MANGE

Now that we have explained what Mange is and the symptoms, it is essential to understand how a cat with Mange may look. Here are some images of cats with Mange:

Here is another example of a cat with a more severe instance of Mange:

It is possible to see that a cat with Mange has missing fur in some parts and even blood where the infection is more severe. A cat will try to get some release from the biting and the pain by licking and scratching.

HOW DO CATS GET MANGE?

Indoor cats have low chances to get Mange because they live in a clean environment and do not have many opportunities to go out to get in contact with other pets. Typically, cats can get Mange if they come in contact with other pets that are contagious ( they already have mites on them) or if cats walk or go outside in places where mites are present.

Outdoor cats can accidentally sleep or rest in places where other cats with Mange used to stay. Possibly, those places are full of mites, and in this way, those cats used to get Mange. On the other side, indoor cats have to contact other pets or even humans that have Mange.

Mites are moving as well, so even indoor cats that occasionally go out may accidentally get mites. But, it is a rare occurrence. Cats owners can make sure their indoor cats are living in a clean environment as much as possible.

HOW TO GET RID OF MANGE ON CATS?

Fortunately, there are several ways to treat Mange in cats. First, if cats show any of the symptoms of Mange, cats owners should get them to the vet for further analysis. A vet can determine if a cat has Mange by microscopic examination of a piece of the skin. The investigation is also necessary to determine which type of mites are on the cat.

Based on the finding, the vet can recommend medications, such as:

The treatments vary depending on the type of mites a cat has. Here are some typical products used to treat Mange: 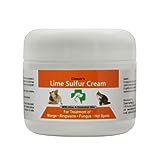 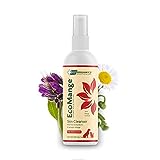 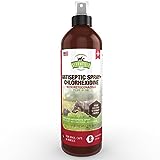 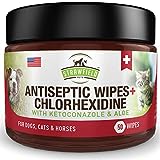 WHAT TYPES OF MITES CREATE MANGE IN CATS?

As a matter of fact, several kinds of mites create different types of Manges in cats. Therefore, it is suitable for cat owners to know the basics information on those.

Here are the types of Mange a cat can get:

CAN HUMANS GET MANGE FROM CATS?

Humans can get Mange as well. For example, certain types of Mange are transmitted from cats and dogs to humans. However, some kinds of Mange transmitted between pets and humans can only create mild irritation in humans, which goes away after a few days.

In fact, mites can’t survive on the human skin for long. So while it may not be a big deal for humans, if you get it, and if you have a cat or a dog, you could have him checked for Mange, mites to verify the problem is not coming from there.

Cleaning is needed to make sure mites are taken away from the house. It means washing all clothes in hot water and using a drier when possible. Mites can’t survive for more than three days outside of a person’s skin. Therefore routine cleaning will take care of all mites in a short time.

CAN A CAT DIE FROM MANGE?

Cats can die from Mange when it is not treated, and it becomes severe. Typically, cats would not die from Mange. It is a very treatable condition. However, when it goes untreated, Mange can create several infections on the skin and even more than one infection, which can become fatal to cats.

Mange is easy to treat. Even over-the-counter treatments can help get rid of Mange and all the dangerous mites on a cat’s fur or skin. The vet can even give more potent medicine.

A well-treated Mange condition will not result in death, but it can be resolved entirely in a few weeks.

Possibly the most straightforward solution and the immediate treatment for those cats owners that suspect or want to prevent Mange is to use a Mange shampoo for cats. They may contain products such as Benzoyl Peroxide, which can help a cat get rid of mites and skin problems.

A typical shampoo with Benzoyl Peroxide can provide relief from demodectic Mange and dermatitis. But, it can also be a degreaser and help the opening and flushing of hair follicles. Here are some excellent Mange shampoo for cats you can use:

But does Mange go away on its own?

Some types of Mange, like the demodectic Mange, go away by themselves without any treatment. However, cats may not be so lucky with all kinds of Mange and may need medicines to get it to go away.

Can an indoor cat get Mange?

Although it is infrequent, even indoor cats can get mites. Mites can fly and can be gotten from other pets, or even when an indoor cat goes to the vet. In addition, visiting pets can carry mites. The best way for indoor cats to stay away from mites is to live in a clean environment while the owners make sure visiting pets are healthy.

How long does it take to get rid of Mange in cats?

The length of the recovery of a cat from Mange depends on how severe the condition is. If it is a mild condition, cats can get rid of Mange in a few weeks with good treatment. However, if cats have experienced hair loss and even nasty skin infections, it can take two to three months to recover fully. Shares Facebook Twitter Pinterest LinkedIn Will indoor cats survive outside, or will they make long enough to be rescued? Cats owners often wonder if their cats will survive if they get lost or if they get out because indoor cats are spoiled compared to outdoor cats, and most of their problems are solved for them…. Shares Facebook Twitter Pinterest LinkedIn Do cats claws grow back? What happens if your cat loosed some of his claws or if he gets declawed? Cats are getting themselves into any trouble, it would make sense that they lose a claw sooner or later, or something is happening with their claws. The most important part… Shares Facebook Twitter Pinterest LinkedIn Do cats breathe fast when hot? Have you experienced your cat breathing really fast, even if not moving? When it is really hot, they sound like they are running a marathon and can be concerning to cat owners. How to know if they are ok and how to help them?… Shares Facebook Twitter Pinterest LinkedIn Do female cats have periods? Have you wondered if your cat has periods and if she is bleeding? Or have you seen blood, and you are wondering if that is happening because of the period? Let’s find out. Like other mammalian animals, cats have a menstrual cycle every 28 to… Shares Facebook Twitter Pinterest LinkedIn How do indoor cats get ear mites? Indoor cats are not likely to be exposed to mites or other parasites. However, there are still some chances for them to get ear mites. Indoor cats can get ear mites from another pet who already has mites. It is enough for a… Shares Facebook Twitter Pinterest LinkedIn Is mold dangerous for cats? Mold harms people due to its spores, and since cats can inhale those spores too, they are also paying the consequence of mold exposure. Mold is dangerous for cats because it can create many respiratory problems, gastrointestinal issues, and allergic reactions. In some cases, after…