Can indoor cats get cat scratch fever? Scratch fever is more common on outdoor cats, but there is still a chance that indoor cats get it through ticks or fleas. Although cats owners do everything possible to keep their indoor cats safe, and the stakes are low for their cats to get sick, it is still good to be informed.

Indoor cats can get cat scratch fever from grooming themselves, ticks, fleas, or other cats, especially if placed with many other cats. Scratch fever is an infection caused by a bacteria called Bartonella Heneslae, often present under a cat’s claws or in their mouth.

Let’s find out more about this bacteria and see what can be done to protect indoor cats and cure them in case.

WHAT IS CAT SCRATCH FEVER?

Cat scratch fever is an infection, also known as Bartonella Henselae infection, named after the bacteria that causes it. According to WebMD, around 40% of cats carry the Bartonella Heneslae bacteria in their mouths or under their claws at some point during their lives, though this is more common in kittens and younger cats.

HOW DO CATS GET CAT SCRATCH FEVER?

Cats pick up this bacteria by scratching or biting fleas infected with it – the bacteria then gets under their claws and between their teeth. Flea bites or droppings could also get into their wounds, infecting them. They can also pick it up by fighting with other cats who have the bacteria and becoming scratched or bitten by them.

You may be thinking, my cat does not go outside, can indoor cats get cat scratch fever? All cats have the potential to develop this disease, so owners should be aware of what to look out for just in case. Fleas and thick can come into the house through various vehicles, and you can’t exclude the event of an infection.

Here are the main ways indoor cats can get scratch fever:

Indoor cats are a lot less likely to develop cat scratch fever as they are not outside around other cats who may be infected or have fleas.

HOW DO HUMANS GET CAT SCRATCH FEVER?

People can catch this fever from either their pets or stray cats by a cat carrying the bacteria biting or scratching you or licking an open wound on your skin. Since cats carry the bacteria under their claws or in their mouth, an infected cat that scratches a person can pass the disease on.

People that are immunocompromised should avoid playing with a cat to prevent infections. Cats spend a lot of time grooming themselves throughout the day, so they have more risks of getting the disease than dogs or other pets.

As a precaution, one should wash the scratched part as soon as it happens and pay attention if it gets swollen or red. In that case, one should seek medical attention. The same is to be done with a cat bite. It is possible to ask a doctor to be tested to see if the disease is present and get treatment.

WHAT ARE THE SYMPTOMS IN CATS OF CAT SCRATCH FEVER?

Most infected cats do not show symptoms. But in severe instances, they can have infections in their mouth or eyes, get urinary tract infections or even have trouble breathing. In general, a cat can present blisters, rushes, or ulcers at the wound site.

Cats can also present swelling of the lymph nodes like in humans. However, the disease will disappear by itself within eight weeks or earlier.

WHAT ARE THE SYMPTOMS IN HUMANS OF CAT SCRATCH FEVER?

Humans show symptoms more than cats. According to the Centers for Disease Control and Prevention, symptoms will appear between three and 14 days after becoming infected. The first sign of infection is a red lump or sore where the cat has scratched or bitten you.

If you have any of these symptoms, you can see your doctor for a diagnosis. The infection will usually go away on its own, but you can use anti-inflammatory medicine to help with symptoms until it does.

HOW TO PREVENT CATS SCRATCH FEVER

In general, cats get rid of the infection after a few weeks. However, in worse cases, they can get inflammation in their heart. If you see that the cat has trouble breathing, seek veterinarian intervention. Humans, in general, have mild symptoms and can treat the disease with antibiotics for five days.

In case of doubt, always call the doctor. While in general, it is a mild disease for humans, and it may even disappear without any treatment. However, a person can suffer severe consequences in some cases, especially those with a weak immune system.

Here are some ways to prevent cat scratch fever:

Here are some ideas of products you can use for your cat flea treatment: 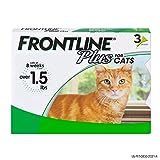 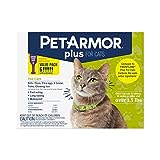 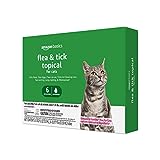 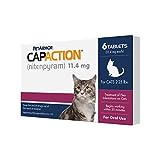 First, it is essential to know what cat scratch fever looks like to recognize it immediately. The area of the scratch of the bite will look swollen and red. Commonly the interested site presents a raised and round lesion, like a bump.

You can also observe the presence of pus on top of all the symptoms already listed above.

How common is cat scratch fever?

Cat scratch fever is not a common disease. It is a rare occurrence. However, each geographical area or continent can have a different rate. Nevertheless, it is still a rare disease. In the U.S, for example, it is estimated that 2,5 percent of 100.000 could get the disease. Often hot and humid areas have a higher more at risk.

In general, cat fever last between one week to even a year. The lymph nodes will get back to normal within 2 to 4 months, but it can take even six months or a year in worse cases.

Do cats need to be treated for cat scratch fever?

In general, cats do not need treatment for cat scratch fever, but if there are complications or the cat keeps being sick, cat owners should seek veterinarian attention.

Not all cats, but most cats can carry the bacteria of the disease. Therefore, it is always essential to groom cats, keep the environment clean and wash the hands often.

How long does it take to show symptoms of cat scratch fever?

The symptoms of cat scratch fever can appear within 1 to 3 weeks from the incident. However, the symptoms do not appear right away, making connecting them with the scratch or the bite difficult.

In most cases, cat scratch fever is not fatal. However, the virus can get to the brain and the heart in some instances, causing inflammations. Therefore, it is always better to get to the doctor and get proper treatments. How should you let a cat outside for the first time? There are chances that you have wanted to go out with your feline buddy for too long now. But the fear of messing things up and not knowing exactly how a trip like this would turn out keeps you from actualizing your this wish,… Where do indoor cats like to sleep? Cats are famous for sleeping in the weirdest places and the most impossible positions. They are artists when it comes to sleep. But where do they like to sleep the most in the house? Indoor cats will typically like to sleep anywhere that they feel warm and comfortable,… 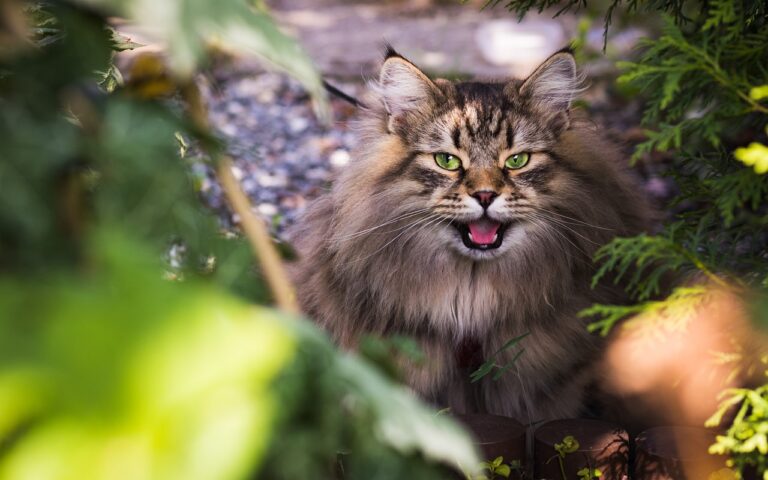 Can indoor cats become outdoor cats? We know that outdoor cats can eventually become indoor, but what happens in the opposite situation? Indoor cats are used to warm temperatures, and people feeding them can be a shock to shift the environment quickly. An indoor cat can become an outdoor cat with time. However, if a… Will indoor cats survive outside, or will they make long enough to be rescued? Cats owners often wonder if their cats will survive if they get lost or if they get out because indoor cats are spoiled compared to outdoor cats, and most of their problems are solved for them. Typically, indoor cats are not…